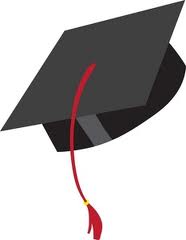 The M&M Amateur Radio Club will resume Technician classes in 2021, after a year-long hiatus due to the Covid-19 virus. Keep an eye on this page for updates, meanwhile, you can download the coursework and study on your own!  We use the No-Nonsense Study Guide by KB6NU, which is free to download (link above). This is an easy-to-read and understand program and we use it in class as well as home study.

Doug Dooley (KD8OVR) is our training and testing Committee Chairman, and schedules and teaches our classes with almost 100% of our students passing their exams!

Aside from the Technician Training Coursework, there is also a link under 'Download Coursework' for a huge selection of online classes relating to companion studies for ham radio such as storm spotter and space weather. Check out their offerings!

The DAR Boys & Girls Club of Menominee Michigan boasts the only ham radio room of all the Boys & Girls Clubs in America. Our local Ham Radio Club, the Marinette & Menominee Amateur Radio Club (W8PIF), and the DAR (K8DAR) have had a cooperative relationship for years and licensed a goodly number of young hams over the many years of joint effort.

The program started in 2004 with the efforts of Noel Beardsley () and Ed Engleman (KG8CX) and has seen successes over the years. But with the advent of internet communication, there has been waning interest on the part of the youngsters.  Let's face it, young people sitting on a local VHF repeater for 4 hours a week got old when they rarely got replies to their "this is K8DAR listening" calls on the air.  They not only got few responses but a number of times grubling was heard in response to the repeated calls for contacts from grumpy old guys who already had their licenses. Something needed to be done to make working VHF/UHF more fun for the youngsters, by getting actual responses from other hams.

When Ed (KG8CX) retired from the DAR in 2018 and Calvin Tharp (K1SGW) took over the lead DAR position, some brainstorming took place to put interest back into the DAR Hamshack.  With the help of Mike (KD8FUE), A.J. (KB7KZ), and Steve (K9STT - yours truly) along with a new Yaesu FTM-100DR and WIRES we started using the Yaesu technology on Americas Link where the kids were soon getting responses to their calls.  Along with the DAR Youth Room at node 62258 - the kids are able to make their contacts and QSY to their own room to avoid wearing out their welcome in America's Link. Ham radio operators on America's Link have been extremely patient and engaging when the youngsters are not sure what to say - which makes the Control Operator's jobs much easier!

While the renewed program is off to a great start, our goal for the long term is to establish the DAR Youth Room into a WIRES destination for young folks to meet and talk with other kids who are licensed and who hope to become licensed. Setting up ham shacks in other Boys & Girls Clubs, schools, or what have you will not only make better use of the network of rooms - but also grow the hobby and interest in the hobby. It also puts within reach of new technicians the feel of HF communications by allowing QSOs with people from around the world, only with crystal clear digital voice.