Lightning Resources
SKYWARN® is a registered trademark of NOAA's National Weather Service. Thanks to weather.gov for the content of these pages!
Lightning strikes the United States about 25 million times a year. Although most lightning occurs in the summer, people can be struck at any time of year. Lightning kills an average of 47 people in the United States each year, and hundreds more are severely injured. This website will teach you how to stay safe and offer insight into the science of lightning. You'll find animated books about lightning, safety tips for all kinds of situations, games for kids and resources for teachers. You'll learn about lightning victims and survivors. Explore our site, and come and visit often! En Espanol 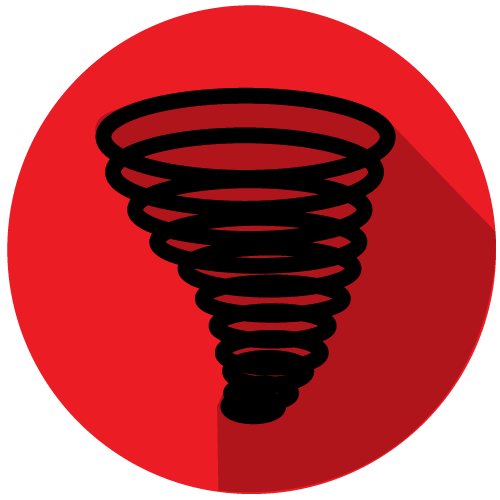 A tornado is a violently rotating column of air extending from the base of a thunderstorm down to the ground. Tornadoes are capable of completely destroying well-made structures, uprooting trees, and hurling objects through the air like deadly missiles. Tornadoes can occur at any time of day or night and at any time of the year. Although tornadoes are most common in the Central Plains and the southeastern United States, they have been reported in all 50 states.

This website is designed to teach you how to stay safe when a tornado threatens. If you know what to do before, during and after a tornado, you will minimize your risk of injury and increase your chances of survival. You'll also find links to research, past events other topics of interest as well as downloadable safety handouts about thunderstorms, lightning, and tornadoes. 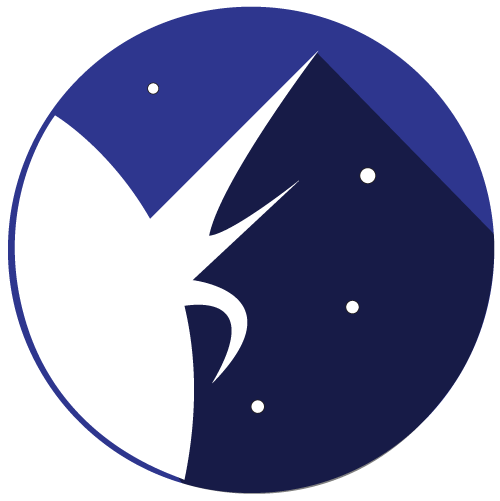 Space Weather Resources
In order to protect people and systems that might be at risk from space weather effects, we need to understand the causes. The sun is the main source of space weather. Eruptions of plasma and magnetic field structures from the sun's atmosphere, called coronal mass ejections (CMEs), and sudden bursts of radiation, called solar flares, can cause space weather effects at or near Earth. Luckily, Earth's magnetosphere, ionosphere, and atmosphere do a great job of protecting us from the most hazardous effects.

If a CME arrives at Earth, it can produce a geomagnetic storm, which, in turn, can cause anomalies and disruptions to the modern conveniences we have come to rely on. For example, fluctuating magnetic fields associated with these storms induce currents in long wires like power lines, potentially leading to wide-spread blackouts in extreme cases. On March 13, 1989, a powerful geomagnetic storm triggered a major power blackout in Canada that left 6 million people without electricity for 9 hours. According to the North American Electric Reliability Corporation (NERC), the flare disrupted electric power transmission from the Hydro Quebec generating station and even damaged some power transformers in New Jersey. Power outages due to space weather are rare events, but evidence suggests that significant effects could occur. Significant power outages may have cascading effects, causing loss of:

Space weather caused problems even before the widespread generation and distribution of electrical power. The strongest geomagnetic storm on record occurred in September 1859, known as the Carrington Event, after the British astronomer Richard Carrington. During this storm, excess currents were produced on telegraph lines, shocking technicians and in some cases, setting their telegraph equipment on fire. Aurorae, another feature of geomagnetic activity, were visible as far south as Cuba and Hawaii. Today, a storm like that would cause significant impacts on our technology.

We don't rely on telegraph networks to communicate anymore; however, our communications technologies are still vulnerable to space weather impacts. Solar flares sometimes produce energetic particles (protons and electrons) that stream to Earth and are captured by Earth's magnetic field. These particles can damage satellites used for commercial communications, global positioning, intelligence gathering, and weather forecasting, and cause high-frequency radio blackouts in the polar regions. Solar flares also cause radio blackouts on the sun-facing side of the Earth. 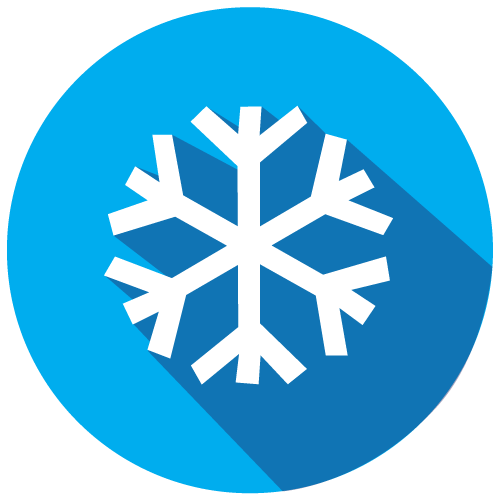 Winter storms can bring snow, sleet, and freezing rain across the entire United States and its territories. Even Hawaii gets snow in its Big Island, and major cities as far south as Atlanta and Dallas have been paralyzed by snow and ice. Blizzards occur when strong wind causes blowing snow and whiteout conditions, making roads impassable. Thousands of people are injured or killed every year in traffic accidents related to slippery roads from winter storms.

This website is designed to teach you how to stay safe before, during and after a winter storm. You will find information on winter alerts, science and hazards, snow coverage maps, and information describing the different types of winter storms.